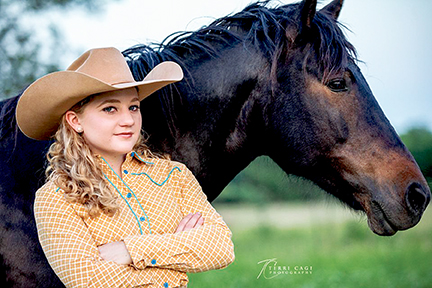 To kick off the start of Salado’s Music Friendly Community journey, a free concert will be held for the public 6:30 p.m. July 28 featuring Kristyn Harris at the Salado Civic Center Gazebo. There will be food trucks on the grounds: Rossler’s Blue Cord BBQ,  Bob’s Best Corndogs, Sunnie Life Sno Cones and Happy Hut. Bring your own chair to sit in the shade of the giant oaks around the Lions Club Gazebo on the grounds of the Salado Civic Center. No alcohol is allowed on the property. Kristyn Harris (above) is noted for her shimmering vocals, solid swing rhythm guitar style, unique songwriting, award winning yodel, and captivating stage presence.  At 27 years, she is the youngest person in history to be awarded the International Western Music Association Entertainer of the Year, which she received four years in a row (2016-2019), and her latest album was most recently awarded the prestigious Wrangler Award from the National Cowboy & Western Heritage Museum. (Courtesy Photo by Terri Cage Photography)